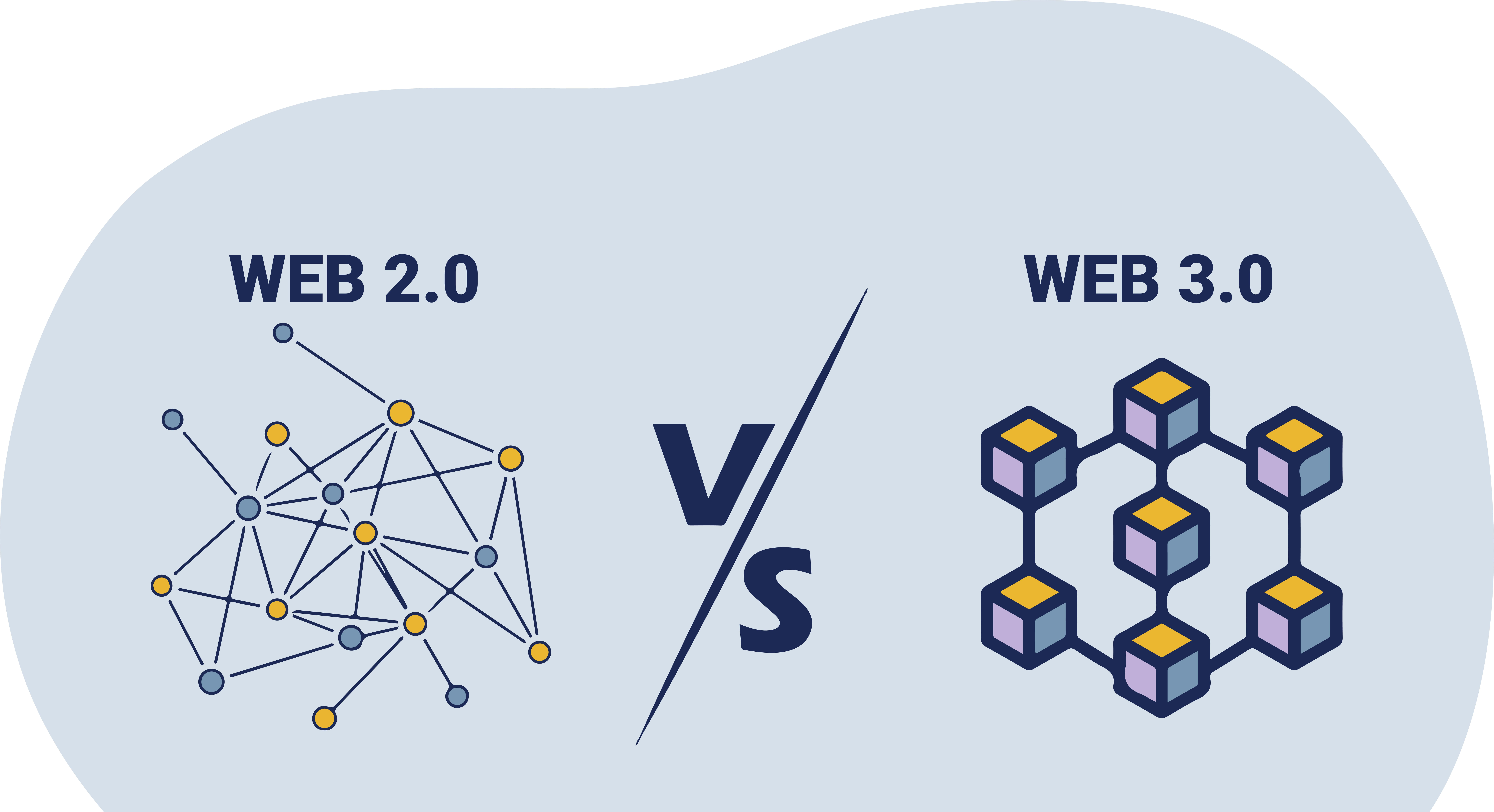 You’re minding your own business drinking coffee when suddenly you feel that there has been a new talk in your workspace that has made some of your colleagues confused and some arguing blatantly over. Someone asks you about Web 2.0 vs Web 3.0your views on Web 3.0. Dumbfounded, you avoid the conversation using a “someone’s calling me” manoeuvre and blast open your laptop and end up here……

Well, let’s dig right into it and see what is so special about this Web 3.0 that has gotten everyone’s attention.

For those new to this terminology, Web 3.0 (Web3) is the third generation of the evolution of web technologies. Yes, it is your usual world wide web we’re talking about but better and improved. To really understand Web 3.0 clearly, let’s know what is Web 1.0 and Web 2.0 are first.

Web 1.0 was the first version of the Internet ever made which became a global network representing the future of digital communications. It was typically used for defensive purposes and communications which was largely made up of read-only websites containing hyperlinks. The web user was, for the most part, passive, and much of the user input took place offline. Generally, Individual webpages were made of static pages hosted on web servers run by an internet service provider (ISP) or on free web hosting services.

Web 2.0
Web 2.0 was the next step in the Internet evolution history, which we are currently using. It was a blend of not just static websites that pushed information to users but introduced a two-way road for information. Now, you could upload information as well as receive it. Many new technologies were introduced which changed the way we interact with web pages. The most popular technologies that Web 2.0 had was incorporating web browser technologies such as JavaScript frameworks and Ajax (Asynchronous JavaScript and XML), which enabled apps such as Google Maps to zoom, scroll and manipulate the map image. The CSS (Cascading Style Sheets) was also a defining feature that helped developers to design the layouts and tables of webpages in whatever manner possible.

Web 2.0 was a breakthrough in the world of the Internet as people could now host servers and upload information with freedom and ease. Web 2.0 was the first step away from centralised retention of information.

Web 3.0 is the next phase of the evolution of the web/internet and represents a paradigm shift as Web 2.0 did. Web 3.0 is built upon the core concepts of decentralisation, openness, and greater user utility. Web 3.0 offers a new environment that can be seen spreading roots quickly and steadily. Web 3.0 has a key defining feature; decentralization, which means that information is now not hosted on one single server as it did in Web 2.0 but is now hosted on many servers around the globe. This would reduce the cost of owning and controlling massive databases of information which is currently held by companies like Google or Meta (formerly known as Facebook). Since Web 3.0 will be based on open-source software, this will allow users to interact on websites directly, without any intermediary, i.e. users can participate without any governing body enjoying complete freedom. However, complete access and freedom mean that it could pose a risk of misinformation and uploading of content subject to offence to religion, sentiment, and culture.
Web 3.0 also uses machine learning, which is a branch of artificial intelligence (AI) that uses data and algorithms to imitate how humans learn, gradually improving its accuracy. These capabilities will enable computers to produce faster and more relevant results in a host of areas like drug development and new materials, as opposed to merely targeted advertising that forms the bulk of current efforts.

The world has seen numerous changes occur over the last decade, with many more still to come. And it’s high time that the internet joins the race. The inception of Web 3.0 was long thought of by Berners-Lee on whose Semantic Web concept this Web 3.0 is based, but steps ahead. Although Web 3.0 is not fully automated, there are still those who believe that there might be significant risks and threats involved with its inception. Whatever these “threats or risks” are, they may very well be known when Web 3.0 actually comes into existence.